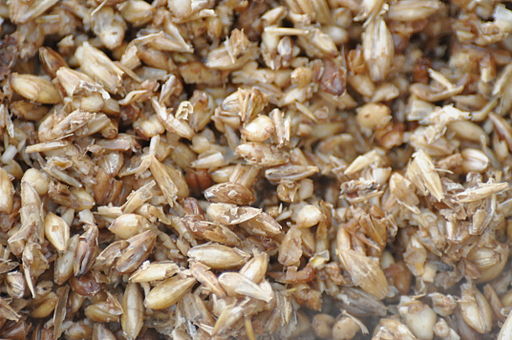 Posted at 20:54h in news by KeepFoodSimple
After malt has been extracted to yield wort for the production of beer, spent grains remain. These contain mainly seed husk, pericarp and chaff of sprouted barley. They are composed of cellulose, arabinoxylan, protein, lignin, lipid and minerals and is also rich in polyphenols of which ferulic acid prevails.
Large amount of spent grains are obtained in beer production and these are predominantly used as feed. Due to its richness in fibres and protein spent grain has also potential as higher valued ingredient in food production giving health benefits to the consumer.
Currently spent grains are already applied in bread and baked products. There are also efforts to extract the protein fraction to replace animal protein.
KeepFoodSimple and MaGieCreations have started a collaboration on the optimization of the technological, nutritional and health functionalities of spent grain as an ingredient for use in food applications of spent grain without refining. Contact us if you want to know more.

Combinations of Vegetables for Better Health