Chicory roots as a basis for a drink? 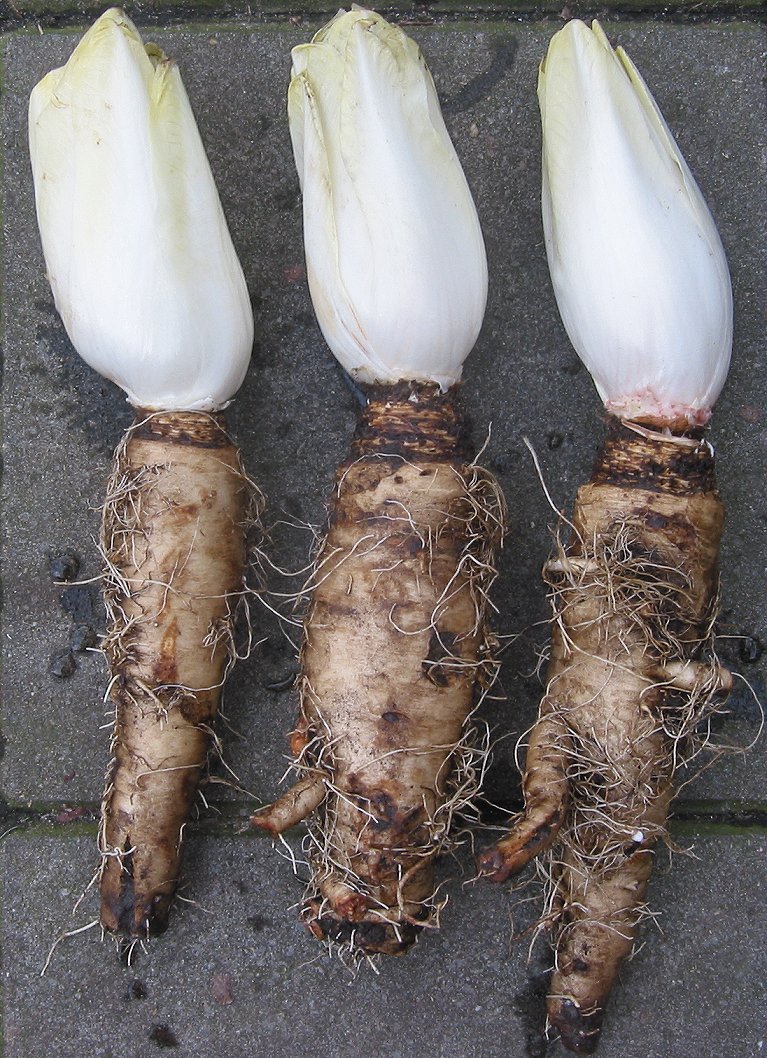 08 Dec Chicory roots as a basis for a drink?

Chicory (witlof) denotes the blanched, tight heads produced by forcing or growing in darkness from chicory roots. These roots have previously been harvested from the open field and kept at oC.

Potential of the chicory root
In the Netherlands, around 50,000 tons of chicory are produced, with the tap roots remaining.
As early as the 1980s, experiments were carried out in search of possibilities for using those roots.
The process of breaking down the root cell walls using enzymes is well known. We also know what happens to carbohydrates and bitter substances during this liquefaction.
A consumer panel found the juice obtained after flavouring with sugar and acid acceptable.
But since then, as far as we know, nothing has been done with this approach. For example, there was no interest from the soft drinks industry.

KFS approach
KFS was recently approached by Leen-Jan and Leonard Reedijk, owners of Nieuw Bonaventura where they grow biodynamic chicory. They asked KFS to help with the value of the chicory roots.
Keep Food Simple then called in Ashley Price. She graduated from HAS University of Applied Sciences and sees this project as a wonderful opportunity for a learning trajectory when starting her own consultancy company.
The project starts with an update on new scientific literature on this topic. This is followed by a work plan for and implementation of the processing of chicory roots into a semi-finished product for bitter juices.
Naturally, circular agriculture and sustainability and the fullest possible processing of the root while preserving the naturally present nutrients are central to this.

Walnuts and Hazelnuts as a part of the Dutch diet

Chicory roots as a basis for a drink?

Spent grains as an ingredient in food applications

Combinations of Vegetables for Better Health