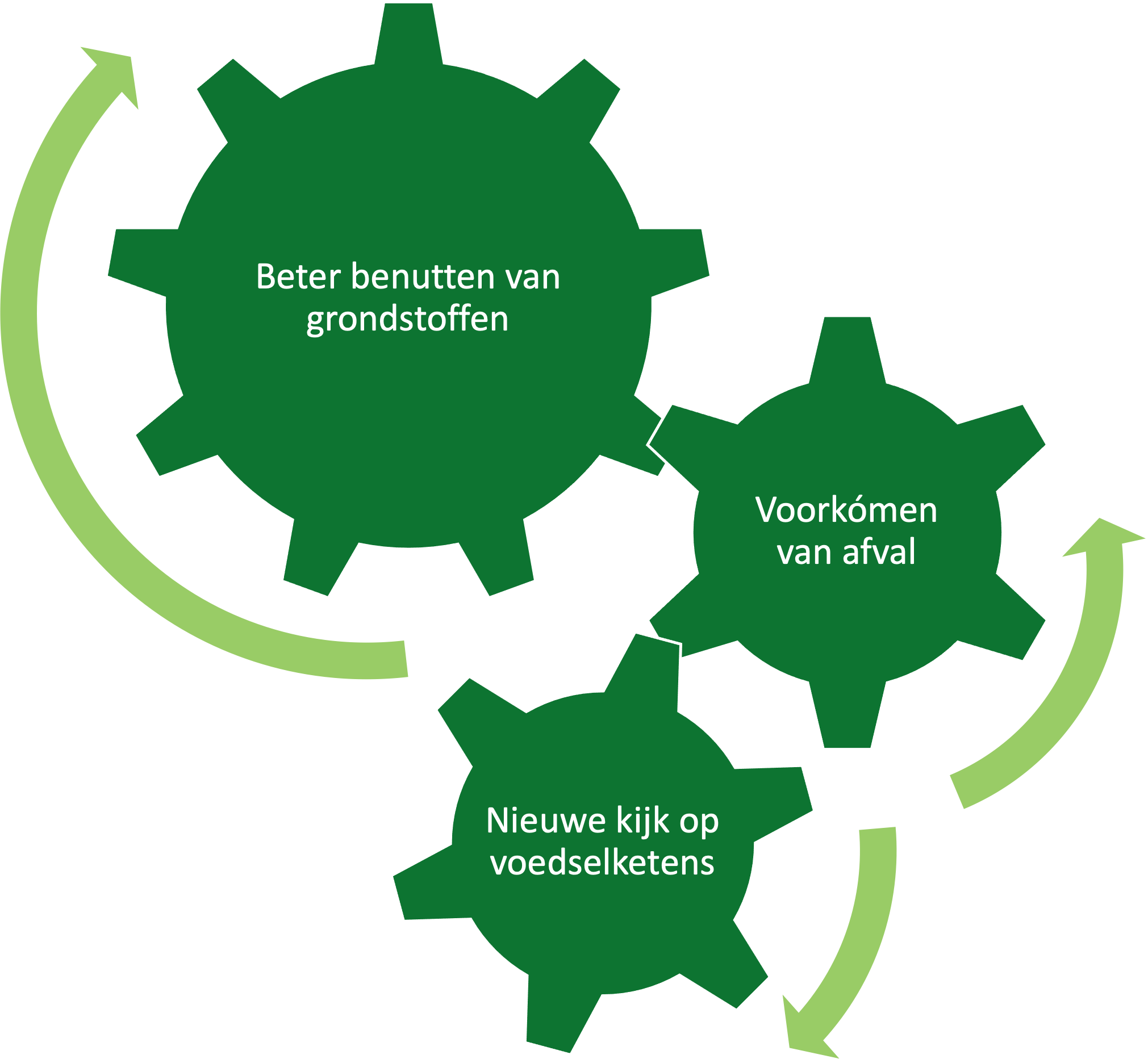 We live in symbiosis with our bacteria. With the right choice of processing techniques, food can be processed in a way that preserves important nutrients, without compromising on taste and texture. Keep Food Simple has set to work on this.

By Andries Gort.
Published in June 2021.

After WW2 rapidly growing demand for food initiated the development of ranges of new food ingredients.  Today the main question is whether we have gone too far and if so, what could be done? KFS board member Andries Gort explains. 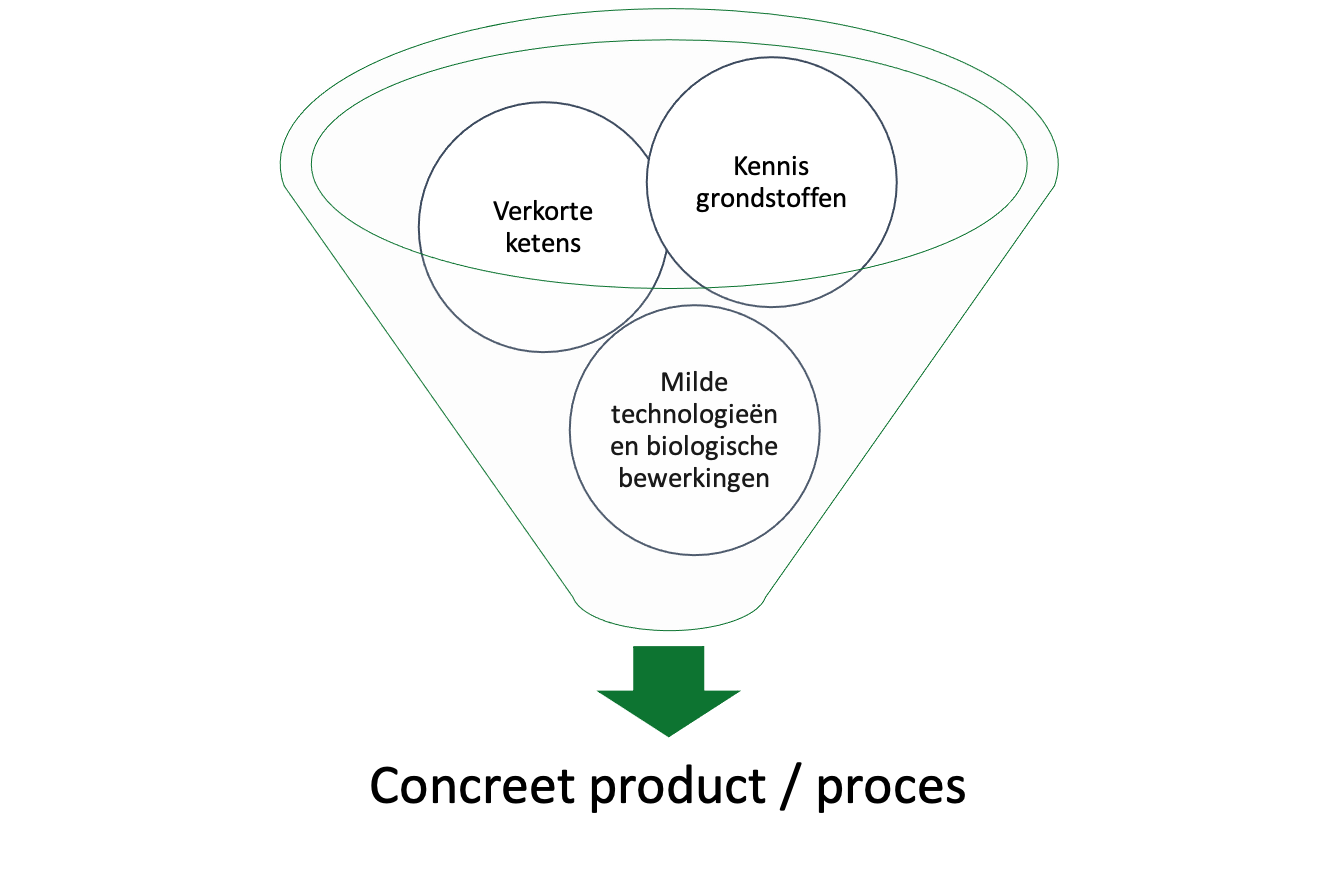 By Anja Kleijn.
Published in December 2020.

‘Does tasty, healthy and affordable go together?’

Why can’t you just manage to make Dutch people eat more healthily? Keep Food Simple provides an insight into how, for example, fermentation can be used to increase the nutritional value of products and to better preserve their taste. In general, smart choices in combining mild physical and biological processes are most certainly worth developing.

‘The challenge of sustainable production of healthier food’

Sustainable  processing and production of healthier food are inextricably linked to each other. Keep Food Simple advocates maximum utilisation of raw materials; nutrients should not be wasted but included in our food. In order to achieve this, an integral approach is needed. This includes a critical analysis of existing manufacturing processes as well as a review of possibilities to include new technologies, lessons learnt from traditional manufacturing processes as well as other scientific findings. Please contact keepfoodsimple@gmail.com to discuss ideas and projects. 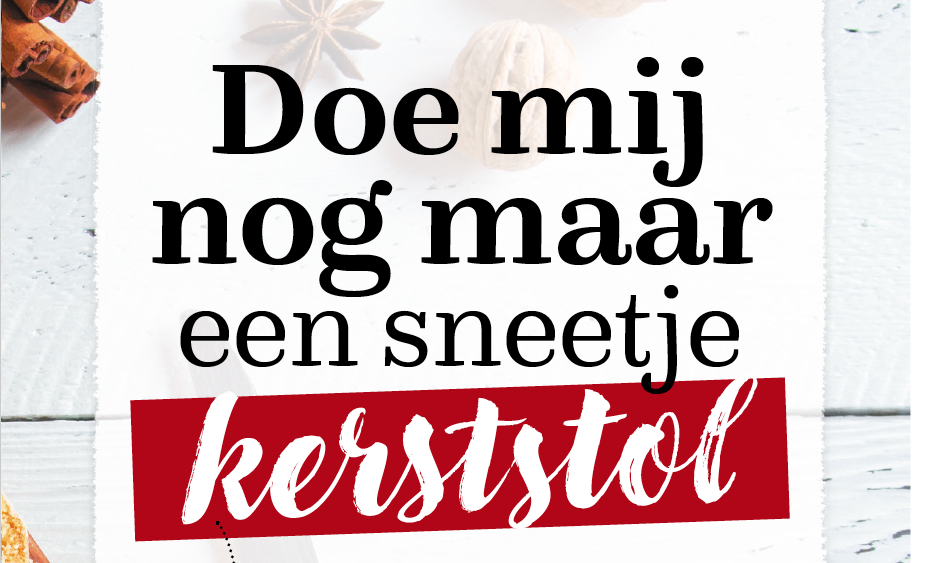 There was a rapidly growing demand for bread after the second world war, and consequently high efficiency production methods became a top priority and processing times for breadmaking were reduced from 12 to 3 hours.

However, over the years It became apparent that there was also a downside to this development. Some consumers complained that they experienced digestive problems. Additionally nutritionists reported that the consumption of bread was connected to higher blood sugar levels,so step by step bread lost its position as a part of a wholesome diet.

Andries Gort explains that the consumption of bread with a longer processing time and slower, more intense kneading led to lower blood sugar levels in consumers . He stresses that digestibility is better in traditional breadmaking processes, using a simple mix of whole wheat flour, water, a pinch of salt and fresh sourdough and/or yeast. The improvement is mainly due to the fact that gluten is degraded in a more balanced way so the effect on the human intestinal system is less extreme. Therefore traditionally baked bread is healthier and also has better flavour and colour.

It is encouraging to notice that breadmaking companies increasingly see the benefits of healthier and tastier bread, learning lessons from traditional processing methods but also from advances in science. 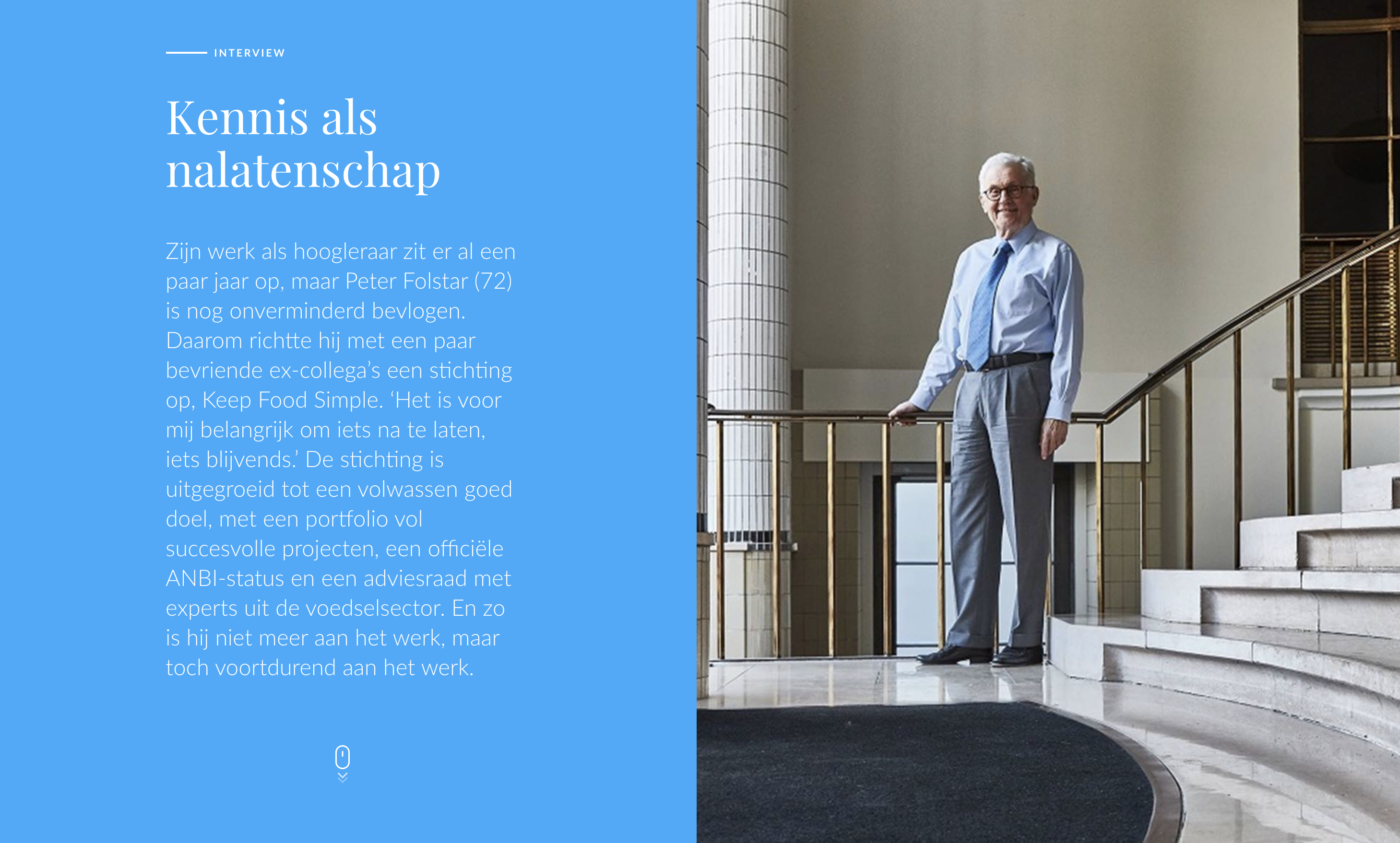 Interview with co-founder Peter Folstar.
Published in the fall of 2019.

Summary of the interview

‘In order to meet the nutritional demands of a growing global population by 2050, we have to  change our eating habits radically, which means reducing our intake of sugar and red meat by 50% and increasing our consumption of vegetables, fruit, nuts and legumes.

‘We aim to support this by making a critical evaluation of food production systems,by finding ways to maximise the potential of agricultural products and by minimising food waste which contains considerable nutrients and fibre.

‘Together with our extensive network we develop ideas and projects which gives us a basis for new, as well as improved, products that will support a healthy diet. We aim to focus on both the technology behind food as well as on the perception of consumers regarding nutritious and affordable eating habits’.

Summary of the interview with Fons Voragen and Peter Folstar, founders of Keep Food Simple

Nowadays food is safer and healthier than fifty years ago. Without any doubt this has contributed to an increased average life expectancy. Nevertheless there are also growing concerns. First, in spite of the flood of information, numerous consumers adhere to unhealthy consumption patterns leading to negative effects on public health. Secondly there are main concerns about the sustainability of global food supply systems; currently around 30 percent is lost between field and fork. And finally the food industry continues to find it difficult to become a credible partner for the consumer.

Keep Food Simple is convinced that a lot of concerns are connected with the complexity of current food production systems as they have been developed over the past decades; firstly raw materials are completely unravelled and then re-assembled into foods that require salt, sugar, fats and other additives to appear good looking, to be tasty and to have an acceptable shelf life. This complex industrial approach does not inspire consumer confidence.

Keep Food Simple believes that the application of innovative technology could be key to addressing these concerns. It means searching for concepts where we will be able to make maximum use of raw materials and all available nutrients and to apply the latest scientific knowledge. Often revisiting traditional methods can be a source of further inspiration . Together with food entrepreneurs these concepts will be transformed into sustainable, delicious and high quality food.